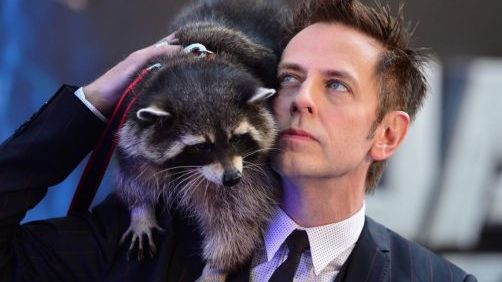 James Gunn took to Facebook recently. He did not have kind words for the direction many studios have been headed with their universes. But I didn’t feel that he was overly crtical. And I share his conerns. This is a really short read and worth your time.

Listen, I love big ass shared universes in movies, as well as huge franchises. But I’m a little worried about the numerous shared universes being planned by the studios, without having a strong base film to grow from - or in some cases, NO base film to grow from. Star Wars had the original Star Wars, the Marvel Universe had the original Iron Man, the Dark Knight series had Batman Begins, even movies like Transformers and Twilight - these were movies audiences loved, and the audiences demanded more from these characters. But these days studios are trying to grow trees without a strong seed. Execs and producers and sometimes even directors are focused on the big picture, without perfecting the task directly in front of them - making a great movie. And studios are trying to grow franchises from non-existent films or middling successes. It’s like they aren’t taking audiences into account at all anymore.

I know George Lucas, Kevin Feige, John Favreau, etc, had ideas where their films would potentially lead in the face of success. But I don’t think it ever got in the way of making that first movie count as if it was the last, of making it something wonderful that people would love whether it led to other films or not.

In short, I think this new business model is flawed. I think filmmakers and studios should be prepared for the big picture, but never, ever let it get in the way of making a single great film. Be a little more experimental and see what works as opposed to trying to force success. And mostly, remember that we as an industry exist to serve the audiences, to communicate with them - they have a voice in what we create as well. We are not here to dictate what they want to see, mostly because that’s simply not possible.