Nolan on Credit Tags, “A Real Movie Wouldn’t Do That”

The A.V. Club reports that Nolan has issued a sort of “non-denial” denial of the quote. He does not deny the sentiment, merely that he would say such a thing.

However, just as the Internet began looking to Joss Whedon and saying, “You gonna take that?” and “Kick his ass!” Nolan stepped in to deny he’d ever said that. In a statement to BuzzFeed, the director said, “I would never say someone else’s film isn’t ‘a real film.’ The quote is inaccurate.”

Still, Nolan hasn’t yet disputed The Guardian’s portrayal of him as being hypersensitive to lens flare while editing one particular scene from Interstellar. So here’s an assignment, Internet: By this time tomorrow, we expect you to have started another imaginary feud between Christopher Nolan and J.J. Abrams. 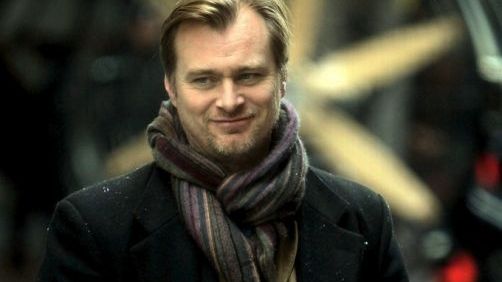 But no matter how you feel about either stable of movies, this latest revelation will likely stoke the Marvel vs. DC arguments all over again.

As folks know, Nolan lent his name and some input as a producer on Warner Bros.’ Superman reboot “Man Of Steel.” Among Nolan’s instructions for director Zack Snyder, was a request that the filmmaker learn how objects move at high velocity. But he was also protective of Snyder and the movie too.

According to The Guardian, Warner Bros. — likely having been astounded by the haul of “The Avengers” the year before — asked Snyder to add a Marvel-style post-credits scene to “Man Of Steel.” And according to the paper, Nolan’s reply was simple: “A real movie wouldn’t do that.”

My respect for Nolan went way down just now. That’s a pretty cheap shot and a really stupid thing to say. Of course real movies can do that, because real movies do actually do that.

Unfortunately, this shines a light on exactly my problem with Christopher Nolan. Don’t get me wrong, he’s made some great stuff, and the Dark Knight Trilogy will always be special to me (particularly the first two in the series), but I think the man takes himself just a bit too seriously as this ably demonstrates. You have to lighten up and have just a bit of fun here and there with films. Some films deserve to be more serious, some do not.

The thing that bothers me most though, is what a cheap shot it is at films that are blowing Man of Steel out of the water. Because of the positioning of Marvel and DC, it feels like a lash out in bitterness.