Hackers Now Say Sony Can Release ‘The Interview’ With Changes 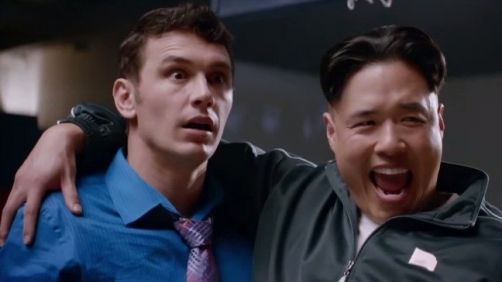 USA Today reports that the hacker group known as Guardians Of Peace issued a message last night, stating that “The Interview” could be released…but only if changes were made. Here is the anonymously posted message:

You have suffered through enough threats.

We lift the ban.

The Interview may release now.

September 11 may happen again if you don’t comply with the rules.

Rule #1: no death scene of Kim Jong Un being too happy

Rule #3: if you make anything else, we will be here ready to fight

There are conflicting reports of other requirements, the hackers telling Sony they may never release the film, and more. I’m having a hard time believing that North Korea is actually behind this at all or that the hackers are even capable of acting on any of their terror threats. And, while I think it was Sony’s choice to pull the release, and I understand that most big theater chains had backed out of showing the release, I think capitulating to this sort of thing was foolish in the extreme and is headed nowhere fast.