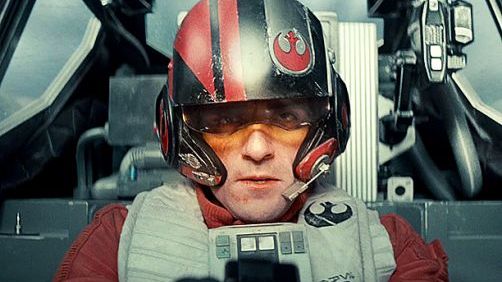 Obviously there is an incredible amount of green screen and CGI in The Force Awakens compared to, say, Richard Linklater’s Boyhood. But this marks yet another suggestion that we can expect a more reality-based visual presentation of a galaxy far, far away – the rolling droid in the trailer was apparently real, and those stormtroopers in the shuttle in the trailer certainly appear far more menacing than the marching lines of Clone Trooper 1s and 0s in the Star Wars prequels.

That is so encouraging. I know I’m posting this on the same day that I praised the CGI and visual effects in Captain America: The Winter Soldier, but I do feel in general that we’ve gotten to a place in filmmaking where we have an over-reliance on computer generated graphics. CGI is a tool, not a one stop shop. Mixing it in where necessary and needed seems like the way to go to me. Use practical where possible and CGI where necessary is the rule of thumb I would like to see more of.