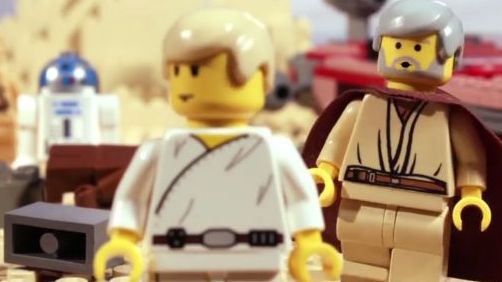 The output from the HISHE team has been less this year it seems, but they do occasionally drop some greatness on us. Given that Joe and I are going to be talking Star Wars with Jim Metzendorf this evening when we record The MovieByte Podcast, this one is pretty timely and addresses something that’s always bothered me. The Stormtroopers are supposed to be the elite soldiers of the empire, and yet most of the time it seems like they can’t hit the broad side of a barn. Worse, Obi-Wan Kenobi points out to Luke at the beginning of A New Hope that the blast points are “too accurate” for sand people.

My conclusion is that this part of the film is an unsolved mystery because Stormtroopers are not accurate and Obi-Wan only assumed it was them because of the accuracy they were renowned for when he fought in the Clone Wars. They have since gone down hill since that time. The economics of the empire probably made it necessary to hire just about anyone to be a Stormtrooper and the quality of the soldiers suffered.

That just leaves us with the question: who exactly did make those accurate blast points on the Jawa transport?

Alright, alright, joking aside, this little video from HISHE is fun.