The ‘Agents of ‘SHIELD’ Ace in the Hole — A Female Superhero 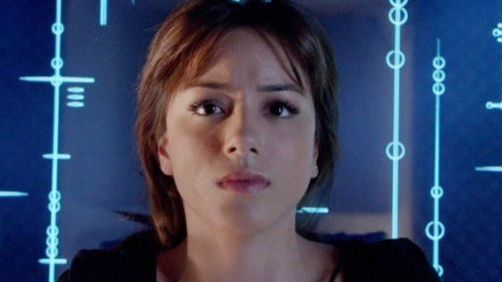 This is a recap of Season 2, Episode 10 of Agents of S.H.I.E.LD., titled “What They Become.” If you don’t want to be spoiled, stop reading now.

The phrase “game-changing” gets way overused in film and TV writing but, sorry folks, the game has changed. In last night’s mid-season finale of Agents of S.H.I.E.L.D. Marvel revealed that the entire time we’ve been clamoring for a female superhero, there’s been one growing right under our noses.

As it turns out, Chloe Bennett’s Agent Skye, the ordinary hacker whose recruitment into S.H.I.E.L.D. kicked off the ABC series last year, was actually a well-known comic book character named Daisy Johnson a.k.a. Quake a.k.a. A FEMALE SUPERHERO this entire time. And, no, she’s not a middling female superhero. The name Daisy Johnson may not be as familiar as Wonder Woman, but according to comic book history, Johnson will one day take over for Nick Fury as the leader of S.H.I.E.L.D.

These days, because of my schedule, I’m not able to watch the show until Thursday nights (I know, I know, and it’s killing me — spoilers abound for two days). But I did watch last night and it was awesome. I had some minor quibbles, but overall I can only ask how the haters are feeling about themselves now. I always knew this show was going places and it appears we’ve arrived at yet another milestone.

You should click on through and read Joanna Robinson’s full analysis. She has facts, guesses, and informed speculation. I have never been happier with Agents of SHIELD and I say, phooey on the haters. I’ve enjoyed this show from beginning until now. Bring it!