Whitewashing Was the Only Way to Get ‘Exodus: Gods and Kings’ Made Says Ridley Scott 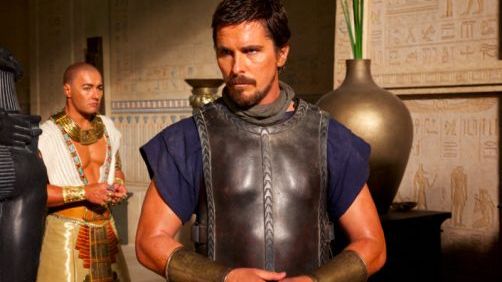 Ridley Scott is one of the most powerful directors working in Hollywood. (If he can get The Counselor made, he can do anything.) Following The Counselor, Scott turned to the story of Exodus, and cast a predominantly white cast for the film Exodus: Gods and Kings. Egyptian pharaoh Ramses II is played by Joel Egerton, who among the least-Egyptian actor working right now. An outcry resulted in part because the “gods and kings” of the title are all white, while the slaves in the film are black. We’re evidently not quite to the point where this won’t happen, but we’re definitely in a place where more audiences realize that the Exodus whitewashing is ridiculous.

I can’t mount a film of this budget, where I have to rely on tax rebates in Spain, and say that my lead actor is Mohammad so-and-so from such-and-such. I’m just not going to get it financed. So the question doesn’t even come up.

The sad thing is, I’m sure this is correct. While I consider this a horrible tragedy, I don’t see it quite the same way that Fischer sees it in the linked article. He’s pretty down on the whitewashing. And it’s been a subject of much contention in the film world. But, when it comes down to it, whitewash it or don’t get the film made, which is better? I don’t know but I’m happy that the film is being made.