Edward James Olmos joins ‘Agents of SHIELD’ — So say we all! 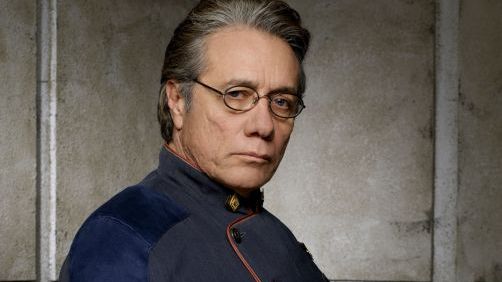 Edward James Olmos has snagged a guest-starring role on the ABC drama, Marvel.comannounced Thursday. The actor will portray Robert Gonzales, whose debut will have massive repercussions for Director Coulson (Clark Gregg) and his team. Other details on the role, including how long he’ll be sticking around, are being kept under wraps.

“Edward James Olmos brings an amazing gravitas to any role he inhabits, something we knew we needed for Robert Gonzales,” executive producer Jeph Loeb says. “When Olmos first appears on our series, everyone will have to take notice–including our favorite Agents.”

I’m really looking forward to this. He was so fantastic in Battlestar Galactica that I can’t wait to see what he brings to SHIELD.