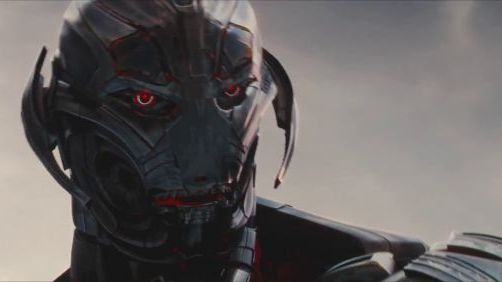 A new year is a time of retrospection, but also of looking forward. I’ve already looked back at my favorite films of 2014 — it was a pretty good year for films actually. Though there were no big standouts like Gravity from 2013, there were many great films that I included in my top list.

And now the question is, will there be any good or great films in 2015? There almost certainly will be — and many of them will probably not be on this list. And some that are on this list will likely be duds. That’s the way it works, but that does not make it any less fun to look forward and see what’s upcoming. It will not dampen the excitement or enthusiasm at all. So, in order of release:

While I doubt that this film will make my top list at the end of the year, I expect this to be good fun and completely irreverent of the spy genre. I’m sure the plot will be incidental and we’ll be in the theater for the laughs. The director, Matthew Vaughn, has done some pretty good work prior to this (including X-Men: First Class, and Stardust — both films I like a lot), but the film that most closely resembles the genre he’s going for here would be Kick-Ass, which I have not seen but which looks, in many ways, quite fun. And I’ve heard a lot of good things about it.

I think this is going to be a lot of fun.

Yes, you can laugh at me, and you would probably be right to do so. In fact, putting this film on my list is more of a hope than anything else. I hope this film will be good. I thought the first film was surprisingly not so bad. It wasn’t Shakespeare or anything, but it wasn’t bad, and I enjoyed it. I hope we can at least get that from this film, though I doubt it. It probably won’t be able to keep from delving deeper to the genre tropes.

Avengers: Age of Ultron — In Theaters May 1

This may be the film I’m looking forward to the most for two reason.

Inside Out — In Theaters June 19

The question on everyone’s mind: will this return Pixar to it’s status of producing great and original films that are enthralling and tell a great story? The track record has been a little bit spotty lately. Monster University was pretty good in a way, but it was not original and unique. Pixar’s strength used to be finding a unique story in a unique setting and telling it really well.

I have a hard time seeing how Minions are going to work on their own — what made Despicable Me, and Despicable Me 2 work so well was not just the minions, but the whole story and the interaction between all the characters, Minions included. The idea here is that the Minions are funny and so let’s make a comedic film about them. I have not yet seen exactly what the plot angle is. In addition, it’s hard to not to smell the studio money sensors driving this film: oh, people love Minions so LET’S MAKE A WHOLE FILM OF NOTHING BUT MINIONS AND ANTICS!

But that’s the cynical part of me. The other part of me wants this film to be great. Despicable Me has been a (surprising?) success and I want that for this film too.

I’m looking forward to this film completing the previous film, completing the series, and hopefully improving upon the ending of the book series. The ending of the third book made my wife retroactively hate the series such that I can barely even get her to watch the films with me. I do not feel quite the same way, but I do feel like the last couple of chapters of the third and final book did let us down a bit. I hope the film can fix that. Thus far the films have all been better than any of the books in my opinion (and that is rare indeed), and it’s not like I hated the books. So I look forward to this film.

On the other hand, here are the reasons why I’m looking forward to the film:

Yeah, I’m excited for this film.

Any films you guys are looking forward to that I didn’t mention? scroll down just an itty bitty little bit. You know what to do.