Fox May Bring Back ‘X-Files’ 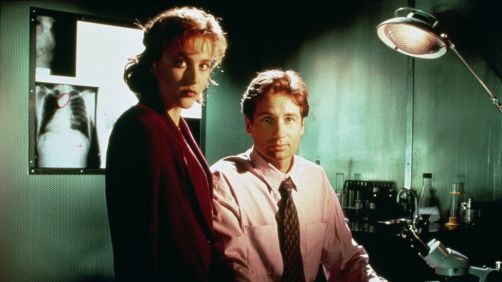 Talk of a third X-Files movie has cropped up often in the past few years, but now it seems like a new TV installment might be more likely than anything else. Fox execs have revealed that they are pursuing an X-Files return — ideally with David Duchovny and Gillian Anderson reprising their roles as FBI agents Fox Mulder and Dana Scully.

That’s fine and I’d probably watch it — I’ve watched a few episodes and it looked like something I could get in to, but then I got busy and was not able to really get in the groove — but you know what I’d really like to see Fox bring back? Fringe. I miss that show so much. It was hardly ever not good. It consistently delivered quality story and entertainment and it was the modern-day equivalent of X-Files.