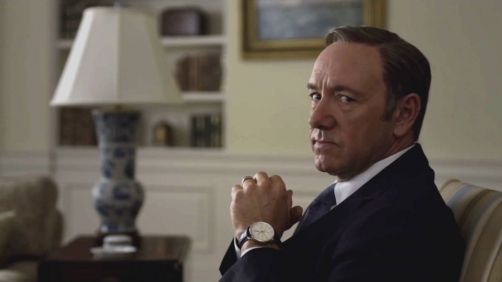 Get ready for the most cinematic event on TV, that’s not even “on TV” (if you think TV is the broadcast stuff). Season 3 of House of Cards is only a little over one month away. The new season will debut on February 27, and if the first two seasons are any indication, all of season 3 will be available for streaming in it’s entirety on that day, causing hundreds of thousands of viewers around the U.S. to lose all of their sleep that night binge watching.

The line between TV and cinema has been, in some quarters, becoming blurred. Yes, there’s plenty of TV out there that is not cinematic in the slightest. But the good TV has been trending more cinematic. When at its best, TV can be better than film in some ways because they have an entire season — or seasons — to tell a good story. Films only get 2 hours (or 3 if the director is really pushing it, and more if the director is stupid) to tell a good story. But in addition to a good arc, many shows like House of Cards have been really pushing the envelope on what we consider to be cinematic. First of all, there’s David Fincher driving the series. Tell me he’s not one of the most cinematic TV directors ever. Then there’s the production values and sensibilities. The cinematography in House of Cards is top notch.

House of Cards also has to be the best drama being produced right now in many ways. It’s the ultimate political thriller. And yeah, it makes me a little uncomfortable. In the end, if the series doesn’t end with Frank Underwood going down and getting his just deserts, I probably won’t like the show as much in retrospect. But for right now, I’m thrilled to be getting more.

This trailer seems to indicate there may be some downfall coming this season.

And don’t forget Frank’s soliloquies. I don’t normally care for tacit admission of the camera and trappings in a drama, but it’s done in such a fantastic way and to such great effect in House of Cards that it makes me want to change my blanket opinion on the matter.