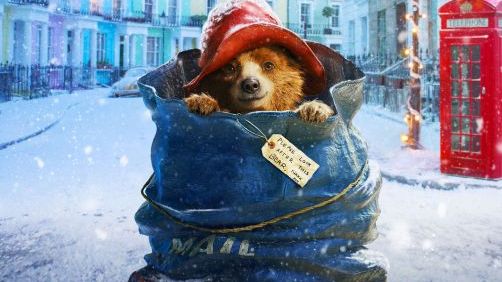 Bears like marmalade. This is an incontrovertible fact. If you supply a bear with marmalade, he’ll be your friend for life and it will supply him with all the nutrients he needs for a day. That latter part, at least, is what Paddinton insists on.

I went to see the film last night in preparation for this week’s episode of The MovieByte Podcast and I expected to enjoy it, but not to really like it. But Paddington is, in fact, quite a bit more charming, more fun, and much better than it has any right to be. It’s based on a silly children’s series, it’s had some internal political and talent shake-up, and it has been released in January. How many more signs do you need that this was probably a film gone horribly wrong? And yet for all that, I enjoyed it immensely.

The first thing that can be said about this tale is that it is not too serious. I don’t know if it would ever have been expected that a tale like this would be too serious, but I mean it in the most positive way possible. I don’t mean it lacks heart and soul in its story, or that you cannot become involved in the emotional moments of the film — what I do mean is that at any given time, the film knows what it wants to be, it knows what it is, and it knows how to please its audience.

And sure, there’s a little bit of slapstick humor involved — more than your average film as one might expect — but it felt just right. It never came to a point where it was uncomfortable. I’m sure you’ve all seen films as I have where slapstick humor just kept going and pushing and insisting on playing a much larger role than it should have to the point that you just wanted to crawl under the theater seat and hide until the stupid goes away. Everyone has different trigger points at which that happens, but I’m sure we’ve all experienced it. For me, that never happened with this film. About the time it would start to happen, the story moves on. This indicates an uncanny sense of self and place for the film in its writing and directing.

We live in interesting times with all this computerized Watchamawhozit (technical term). It’s not that animation and live action has never been blended before to great effect (Roger Rabbit, Bedknobs and Broomsticks, Space Jam, and Pete’s Dragon are just a few that come to mind), but what we have with a film like Paddington is all the charm of the animated character (in my estimation), and yet he still feels real — like a part of the world we see him in. Sure, you can tell he’s a digital creation — a cartoon — because of some of the antics he gets up to. But digitally, it’s so seamless as to be believable. It’s quite well done.

Additionally, while I am not familiar with the Paddington stories or series, I certainly recognize drawings of him. What’s most important is that, despite being altered to look more like the real world surroundings, our film version of the bear is recognizable as Paddington.

While much of what makes Paddington charming in this film must rightly be credited with Ben Whishaw’s great performance, just as much of it must be attributed to the digital artistry brought to this bear. Much of the comedy is physical so the animated performance is of high importance. I don’t know that digital artists receive enough recognition for the work they do like this. I can’t even tell you the names of the animators. And that is unfortunate.

Huge kudos are also in order to Hugh Bonneville as Henry Brown and Sally Hawkins as Mary Brown. They both, in their own way, bring a sort of charm to the film, and Hugh Bonneville certainly brings a lot of British humor that makes the film what it is. His ability to be completely serious about every situation while completely playing it up for the comedic value is pure gold. While he’s rushing up the stairs to deal with a highly improbable and completely unrealistic water scenario that Paddington has created, he’s on the phone with his insurance company trying to get the house insured for Bear.

Mary Brown is the completely emotional artist who almost always fully believes and trusts Paddington even while Henry Brown doesn’t believe or trust him at all (at first). And never once do either of them question the ridiculous nature of everything that is going on. Of course that’s part of the charm of the entire film is that no one really thinks twice about there being a bear out and about — but in particular, these two really commit to that concept.

This film commits completely and totally to all its silly concepts, and nowhere is this more apparent than with its villain, Millicent (Nicole Kidman). From the moment she comes on screen she brings with her a completely insane sense of pure, cartoonish villainy. It’s one of those things that’s actually pretty complicated to pull off well and props to Kidman for doing it right. Every single frame with her in it is completely unbelievable, which only serves to add to the charm of the film.

Go for the Cute, Stay for the Story

Paddington is a cute film that the entire family is sure to enjoy, but at its heart, it’s a story about a character losing his home, and finding love where it didn’t at first seem possible. The Browns need Paddington, and Paddinton needs the Browns. It’s not a complicated story, and sometimes those are the best. The film does not spend time boring you with pointlessness and the runningtime is only 1hr 35 min — easily digestible and not tedious at all for your children (or you, for that matter), and that is to be commended at a time when it seems like the running time of most films is always creeping ever up and up. This serves to emphasize a tightly edited and well scripted story, a film that knows its place, and great moments punctuated by great acting. Surprisingly, I have to highly recommend this film to pretty much anyone.