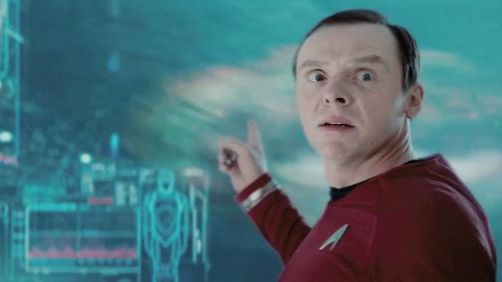 It was just confirmed by Deadline that Simon Pegg (JJ Trek’s Scotty) and Doug Jung (creator of the TNT series Dark Blue) will co-write the script for the next Star Trek film. This comes on the heals of the exit of Bob Orci and the announcement that Justin Lin (Fast and Furious 6) will take on the director’s chair for the third film in the new franchise.

So that’s kind of weird. But I like Pegg and I could see it working out well. But, I do think that means we may bet a bit more humor than we really want in a Star Trek film. I could be wrong.