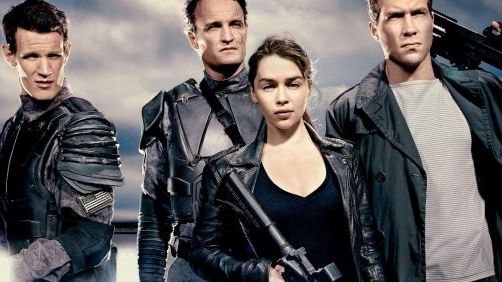 The general consensus seems to be that this film is going to be awful, the first trailer was awful, and this trailer is awful. I still don’t feel that way about the film. Granted, it may end up being awful. I’m perfectly willing to admit that. But I do think that for the time being, people are being a bit to hard on this upcoming film and its trailers. I’m actually still kind of liking the look of things to come. I’m certainly willing to give this film a chance.

As far as people complaining that the retconning of the timeline (again) is really confusing. No really. People are complaining about that. It’s like they haven’t even seen any of the other Terminator films, WHICH RETCON THE TIMELINE EVERY SINGLE TIME A NEW FILM COMES OUT.

Anyway, the Superbowl trailer has been let out a little bit early so here it is:

The film will be out for us to judge for ourselves whether we like it or not on July 1.