The ‘Golden Globes’ — My Quick Takes On Some of the Wins 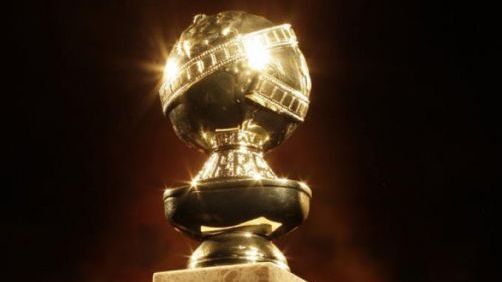 Remember that my passion for film is (sadly) part time and I can’t see every film that comes out. In addition, when it comes to the TV awards — as much as I love TV — I’ve seen even less because I can only make so much time for new TV shows and I’m very picky and choosy. I may not pick and chose the shows you want me to watch, but I do pick and chose.

With all that said…

Last night was the 2015 Golden Globe Awards for films and TV shows from the year 2014. Here’s what we’ve got:

Thoughts: I have unfortunately not seen Whiplash. I did think Robert Duvall and Edward Norton both turned in great performances in their films listed here. But I have heard that J.K. Simmons knocked this out of the park. Not surprising.

Best Performance By an Actress in a Supporting Role in a Series, Miniseries, or Motion Picture Made for Television

Thoughts: Sorry, haven’s seen a single one of these. I told you I don’t have time for as much TV as I would like.

Best Miniseries or Motion Picture Made for Television

Thoughts: Man, I just don’t keep up with new TV much.

Winner: Jóhann Jóhannsson, The Theory of Everything

Thoughts: The Theory of Everything‘s score must be good — it better be — because The Imitation Game is personally the best score I heard this year. Gone Girl had a good score too, but because of the nature of the film it’s hard to call it best. Birdman did some interesting things with the score, but ultimately, I don’t know if I would personally have nominated it. As far as Interstellar, it’s hard to separate the score from my general feelings of resentment and disappointment with the film.

Best Performance By an Actor in a Supporting Role in a Series, Miniseries, or Motion Picture Made for Television

Thoughts: Hey, look, it’s more television I haven’t watched. Sigh. What I would do with the time if I had it.

Thoughts: Haven’t seen it, though I want to, but Amy Adams has to be quite good to be better than Helen Mirren in The Hundred-Foot Journey. Of course, while Amy Adams has been in films I have not liked, I’ve never been disappointed by her or her performance so I’m not surprised.

Winner: How to Train Your Dragon 2

Nominees:
Big Hero 6
The Book of Life
The Boxtrolls
The Lego Movie

Thoughts: How did Big Hero 6 not take this? As far as How to Train Your Dragon vs. The Lego Movie, they are essentially tied in my mind so that would be a hard choice. But Big Hero 6 is unequivocally a cut above the rest here. What’s wrong with these people?!?

Thoughts: She had to be good to get better than Emma Stone in Birdman. Keira Knightley was also so good in The Imitation Game.

Thoughts: Not a terrible choice, but I don’t see how it was a better screen play than Gone Girl, or The Imitation Game.

Thoughts: Call me uncultured, but I don’t make the time for foreign language films that I should.

Thoughts: Hey, there’s one in there I’ve seen. House of Cards is the best show going right now. That must make The Affair really good? Though I doubt it’s my kind of show.

Best Performance by an Actor in a Television Series – Drama

Thoughts: This clearly should have gone to David Fincher and Gone Girl.

Best Performance By an Actress in a Television Series – Drama

Nominees:
Claire Danes, Homeland
Viola Davis, How to Get Away With Murder
Julianna Margulies, The Good Wife
Robin Wright, House of Cards

Thoughts: No love for Robin Wright…

Thoughts: Sure, that works.

Best Performance By an Actress in a Motion Picture – Drama

Best Performance By an Actor in a Motion Picture – Drama

Winner: Eddie Redmayne, The Theory of Everything

Thoughts: How does this not go to Cumberbatch?

Nominees:
Foxcatcher
The Imitation Game
Selma
The Theory of Everything

Thoughts: Yes, yes, I know I need to see Boyhood, and I plan to. But I don’t see how it can be better than The Imitation Game.

One thing is quite apparent: we had some great films, TV shows, and performances in 2014. I can only hope that 2015 will at least live up to 2014 in that respect.