James Bond is a Time Lord 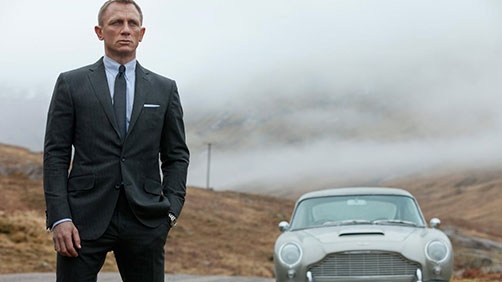 I saw Skyfall last night, and after breaking it down, I can come to only one conclusion: this is the Bond film in which it is revealed that James Bond is a Time Lord.

Bear with me here.

In high school, my friends and I had a pet theory that James Bond wasn’t one man, but many. “James Bond” was a secret agent “work name” that was assigned to someone new whenever the old agent bearing the name was retired. (Dead or alive.) This theory is nothing revolutionary—I’ve come across a number of people over the years who came up with a similar idea to retcon some sense of continuity to a series that spans now fifty years and six different actors in the role. (And far more writers.) Each generation has its own Bond, we decided, but it’s a different person fulfilling the role each time—not just on screen, but in the world of the movie.

Just you try not to crack up as the article comes to a close. This is so great.

Joseph also told me about this on the last Moviebyte Podcast. He mentioned that Stewart Adams favored this theory. I thought it was silly, but apparently there are big James Bond fans out there that wanted or believed this to be true. Well, I guess every franchise has it’s crazies…