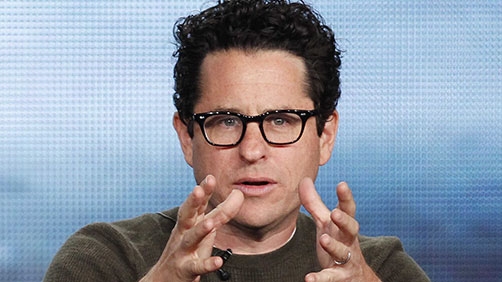 Before filming began on the sequel to the 2009 hit Star Trek, we posted multiple articles showing Abrams’ aversion to 3D. He said he had nothing against it but it never really sold him and suggested he didn’t want to make Into Darkness in 3D. Soon after, it was revealed the film would be shot in 2D and post-converted, which gave fans a lot to worry about. The question became, “what happened?”

The studio said, ‘You have to make it in 3D if you’re going to make it, for economic reasons.’ But my feeling was I didn’t like 3D. So the idea of doing Star Trek in 3D was ridiculous. But that was very helpful in some ways, because it let us work with stereographers and the 3D crew in a way that didn’t assume we just loved 3D.

He calls his approach to the conversion “very cynical” but said working closely with the team, it eventually won him over:

I have trouble with 3D sometimes. I can’t see it right; I get a headache; it annoys me; I hate the glasses; I hate the fact that things get so dim

That pretty much sums it up for my view. I have no intention of seeing this film in 3D. The more of 3D I see, the more I can’t stand it. And especially knowing this film was shot in 2D, this makes me want to see it in its original format all the more.

I was forced to see the nine minute preview in 3D, and it didn’t look bad for 3D, but I just don’t like 3D.