Editorial: J.J. Abrams - What Does it Mean? 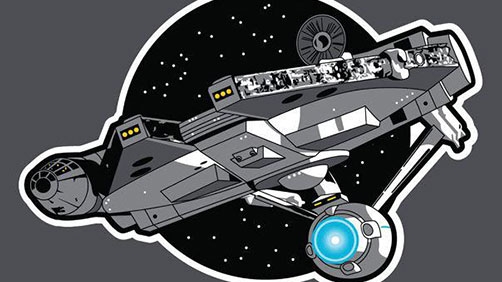 I am a card carrying fan of both the original Star Wars trilogy, and Star Trek in general. And I am fairly nerdy about both. But when push comes to shove, I’ll take Star Trek over Star Wars for the most part. Yes, The Empire Strikes Back is a better film than some of the lesser Star Trek films, but I’m generalizing here.

The larger point is that I love both franchises, in different ways, but I love them both. And as a member of both “fan clubs” something strange, and earth-shattering has taken place as of yesterday that I have no way to process — it’s kind of mind blowing.

Up until now, there has been an unwritten rule that the universes of Star Wars and Star Trek must never meet in any way — not in the fake worlds and not in the real worlds. Once you’ve touched one franchise, you may not touch the other. Sure there have been the occasional fan mashups, but those are really more of an anomaly than a rule. The rule is, hard core Star Wars fans think Star Trek fans are nerds who have no life, and Star Trek fans thinks Star Wars fans are dweebs who don’t know science and stuff. And those of us who like both tend to play it quiet in the presence of others in one of those two other camps.

Back in November, Abrams denied that he would direct Star Wars. And of course we all thought, “Well that’s a no brainer, he’s connected to Trek now so it would never work.” Well we were apparently wrong about that, and he was either misleading, or genuinely thought he wouldn’t. To be fair, no “official” word has actually been handed down yet, but where there’s smoke there’s fire and this is looking like a done deal.

So, uh, what now? Star Wars and Star Trek are very different beasts. Star Trek is more sci-fi than fantasy and Star Wars is more fantasy than sci-fi. Many have said that we already saw Abrams’ Star Wars film and it was called Star Trek. While I agree that Star Wars had a big influence on Abrams’ Trek I don’t agree with the statement. Star Trek (2009) was very much still a Star Trek film in the ways that separate it from Star Wars. And I can’t say I was overly thrilled with Abrams’ version of Trek. In many ways I was very disappointed. It turns out it was a pretty glossy, flashy, whiz-bang sci-fi film with irritating story elements and lack of depth. And, oh, the lens flares. Jumpin gigawats, those lens flares!

The problem here is that Star Wars must be treated differently than anything we’ve ever seen from J.J. The Star Wars universe is more gritty, rusty, jumbled, shaggy, etc. Especially so in the way we left it after Return of the Jedi — which we must understand at this point is where Star Wars VII will pick up. It may have been more glossy in the prequels we pretend don’t exist, but that was before the deterioration of the republic and the dirty, grittiness we associated with the original trilogy Star Wars. If J.J. is going to apply his characteristic slick, gloss presentation, count me out.

But is that really what J.J. would have in store for us? Who knows. We’ve seen plenty of J.J.‘s work by now, and we have no indication it would be anything but that. Still, the optimist in me wants to give the benefit of the doubt. Let J.J. have his way with the film and try to keep an open mind, he may just blow that open mind and give us something we can really love. He is, after all, a fan of the original Star Wars so surely he can give us something more true to the vision. And in any case, can it really get worse than the prequels? Wait, don’t answer that, if the answer is yes, I will have to shoot you… FIRST!