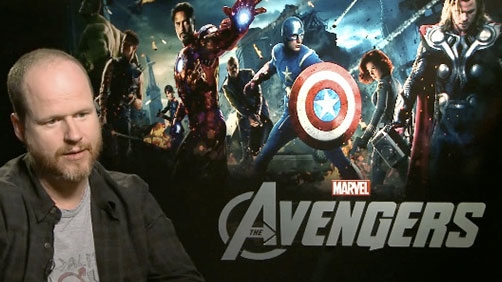 If you were wondering how Whedon might be planning to make Avengers 2 bigger than the first Avengers, which was a fairly big, large scale spectacle, well the answer is, he is not planning on making it bigger. He thinks the answer is to “go deeper.”

“Don’t go bigger; go deeper.” ... “Now you can spend your time just digging in — and by digging in, I mean with a scalpel, to cause pain.”

That sounds like the Joss Whedon we know and (usually) love.

One other thing he said in the video that I thought was a very good point, very astute and well thought:

I never thought of that before but that sounds exactly right. Watch this video, it’s fun stuff.