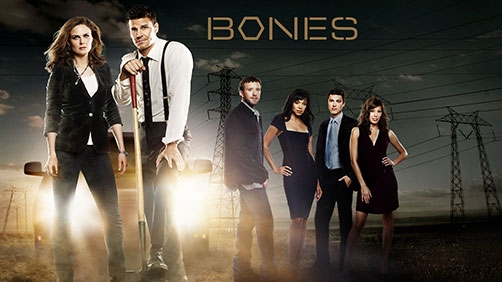 Most expected this to happen. But it’s never real until it’s real. And now it’s real.

Fox is bringing back its longest-running drama for a ninth season.

Bones will be return for another round, the network announced Tuesday. “After more than 150 episodes, Bones continues to be one of television’s most dynamic and consistent dramas,” said Fox entertainment president Kevin Reilly. “We at Fox, along with millions of zealous fans, look forward to seeing where the incredible creative team takes the series next season.”

Well that’s annoying. This show is WAY past it’s prime, and very overdue to end. I was really hoping they would put a cap on it at the end of this season, but my wish is not to be. I really hate it because this was a once great TV show and now it’s gone completely to seed. It would have been nice to see it go out with some dignity.