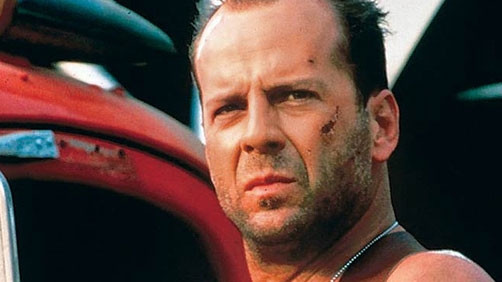 When we first met John McClane in 1988, he was just an everyman cop trying to help his wife and her colleagues out of an office building. But oh, how things have changed. Each installment of the Die Hard franchise has gone bigger than the last, and number five, A Good Day to Die Hard, is no exception. McClane travels to Russia not only to save his son, but, apparently, to defend democracy itself.

In real life, we saw that progression unfold over two and a half decades. But next month, you can relive it in just a matter of hours. Fox has announced that it will bring all four previous films back to the theaters for one day only, as part of a marathon leading up to the release of A Good Day to Die Hard.

On Wednesday, February 13, you can see them all on the big screen again. This is sort of tempting, but I don’t know if I’ll be able to spare the time or money for this. Still…