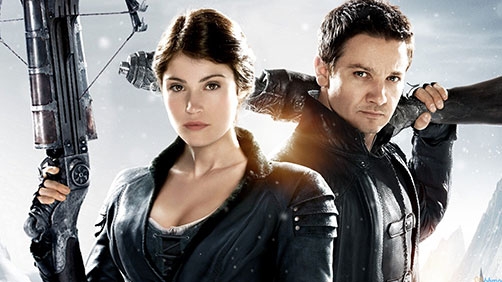 Almost a year after its originally scheduled March 2012 release, Paramount’s $50 million Hansel and Gretel: Witch Hunters topped the chart on its first Friday with $6.0 million from 3,372 theaters. The poorly reviewed film (a phrase that applies to all this weekend’s new releases) stars Gemma Arteron and Jeremy Renner, but the Avengers star has demonstrated little drawing power as a leading man so far. Hansel and Gretel may take in about $16 million worth of [gingerbread] dough over the full weekend frame.

While it’s still not likely to be a huge blockbuster, Box Office Mojo reports it a little ahead of the $16 million (domestic total) prediction here at $19.6 million. Worldwide the film has brought in $55.4 million, bringing it just up over it’s production budget. One wonders if that total gets very much higher than the budget if there would be a sequel.