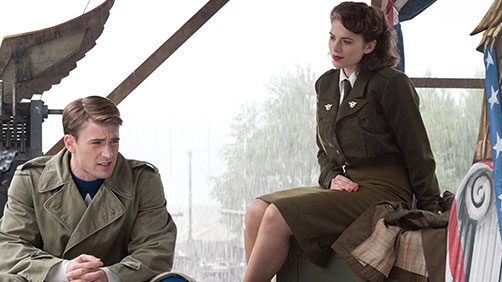 Hayley Atwell played Peggy in Captain America: The First Avenger, and did a wonderful job with the role. Various story elements, however, including the fact that Cap now lives in our present, meant that Peggy wasn’t likely to be a part of the sequel Captain America: The Winter Soldier. Atwell could always be recast as Sharon, but that was never likely to happen, and the actress has now confirmed that she won’t be part of the sequel at all.

Not that this is really news, I mean we knew that with Cap being preserved and brought into present day, Peggy would be entirely too old, even dead, but it’s still sort of sad because I really liked the character.