‘Star Trek Into Darkness’ - Be Prepared to Cry 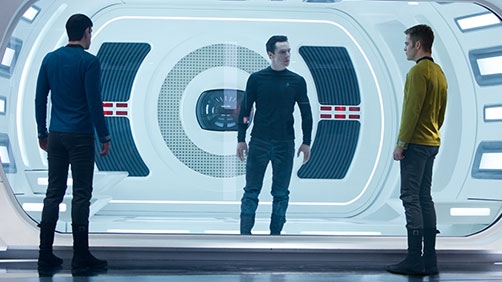 J.J. Abrams, Chris Pine, Zachary Quinto, and Benedict Cumberbatch are talking up Star Trek Into Darkness in this video from MTV. One tidbit:

The goal of this movie is to make you cry. If the movie does its job, then by the end of the movie, you will have had a reaction involving the eyes. If the movie works, then there’s definitely an emotional component.

And Zachary Quinto thinks some fans might have reason to worry about their favorite characters:

There’s reason to worry, let’s say that much. The enemy that we face in this movie played by Benedict Cumberbatch is entirely different than enemies we’ve seen this crew face in the past. There is an insidiousness and a ruthlessness and a fierce intelligence to his [Harrison] character that almost undermines the interconnectivity of the crew.