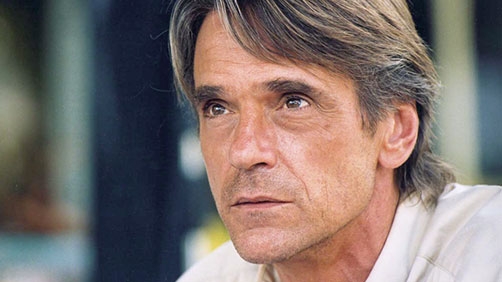 It’s quiet out there as everyone in Hollywood is en route to the Sundance Film Festival, so here’s something that should perk up your eyeballs a little bit. The always awesome Jeremy Irons has weighed in on “Downton Abbey,” and if you think the show is the height of writing and drama, Irons has some news for you.

Chatting at the Television Critics Assosciation panel for PBS’s “Shakespeare Uncovered,” Irons used the opportunity to take a swipe at the network’s hit show. “What I’m really excited about with ‘Shakespeare Uncovered’ is we’ll see some of the best British actors playing Shakespeare,” Irons enthused. “What you can do is to open up to this huge American audience… show them that actually television doesn’t end with ‘Downton Abbey.’ If you think that’s good, then watch the Shakespeare productions. You’ll see what real writing, what real stories, what real characters are about.”

Pow! Take that Downton Abbey! I’ve never watched the show, but it seems to be well liked and respected and has such lynchpin stars as Maggie Smith. But apparently Irons has no love for the series and is implying that Americans have no sense of culture and stuff. The nerve! Implying such a thing of Americans! I’m going to go get into my Ford Escort, hunt him down, and give him a piece of my mind (disclaimer, I don’t have the Escort anymore, but it was funnier to say that my Mazda Protegé)!