Jimmy Olsen is… A Girl? 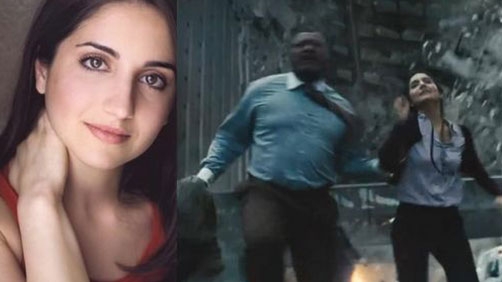 Comic Book Movie noticed that IMDb lists Buller as playing a character named “Jenny Olsen,” with no listing for Jimmy Olsen in sight. IMDb isn’t always 100% accurate, but they get things right more often than not. Supporting this theory is a scene from the latest trailer, which shows Buller running away from an explosion with Laurence Fishburne, who plays Perry White. If this woman isn’t Man of Steel‘s Jimmy Olsen replacement, she seems at least to be a Daily Planet staffer of some sort.

Well, that’s sort of an interesting development. I’m not sure how I feel about that. But then, while I’m excited to see how this film works out, it’s all going to be very interesting to see how it turns out. There have already been some fairly unconventional casting choices, particularly Laurence Fishburne as Perry White. I actually think that is kind of brilliant myself, but time will tell.