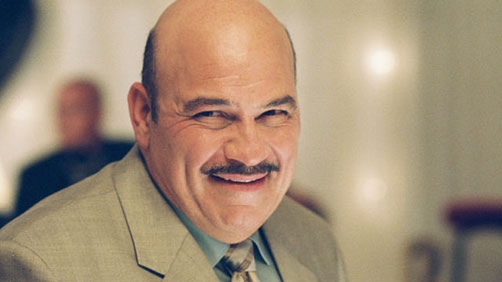 Now another actor has come out against Scott’s barbs—though without as much vitriol as Jackson.

Jon Polito, a character actor famous for his parts in the Coen brothers’ films “Miller’s Crossing” and “The Big Lebowski,” left a comment on Scott’s pan of “Gangster Squad.” Polito has a small role in Ruben Fleischer’s 1940s-set thriller.

“What struck me about A.O. Scott’s bad review was that it almost completely echoed [Vincent Canby’s] review of another film I was in, ‘Miller’s Crossing.’ That was a Kill review as well. Thankfully that film has be recognised as a classic. So, reviewers be ******!”

One can hardly blame Polito. A.O. Scott’s review seemed quite unnecessarily scathing and lacking in any real substance. But I admit that maybe it’s hard for me to see this issue straight since I did like Gangster Squad quite a lot.