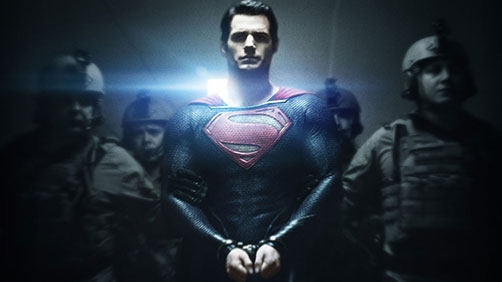 The biggest title of note in today’s batch of MPAA ratings is Zack Snyder‘s Superman film, Man of Steel, which like producer Christopher Nolan‘s Batman franchise is rated PG-13. No surprise there, but I’m sure some will be interested in the reason for the rating, which is “for intense sequences of sci-fi violence, action and destruction, and for some language.” Whatever that could mean, I’m not too sure, but there you have it.

Obviously it means the film has a darker and more intense side than the trailers have so far led us to believe. The man is invincible 1 after all, that means that the violence has to get pretty rough to do any good I guess, or something. Don’t think about that logic too much.