More on GLaDOS in ‘Pacific Rim’ 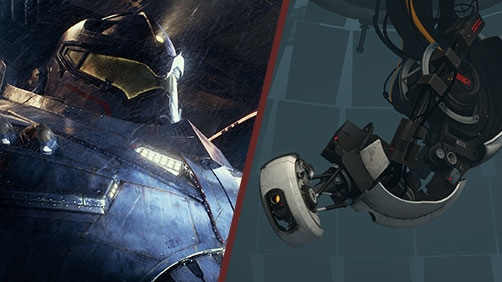 That was deliberate, director Guillermo del Toro told the Toronto Sun. While GLaDOS actor Ellen McLain will supply an AI voice in Pacific Rim, she will sound different from the trailer. For that, Del Toro said he specifically wanted GLaDOS’ voice running down a power-up checklist before the mechas go out to confront the monsters. He even sought (and received) Valve’s permission.

“I wanted very much to have her, because I’m a big Portal fan,” he said. In the film, however, “The filter we’re using is slightly less GLaDOS. Slightly. The one in the trailer I wanted to be full-on GlaDOS.”

Well there you go. I just played through the first Portal again last night. So much fun. And even though I mostly remembered how to get through, it did not diminish the fun. If Del Toro wanted to ensure that I would see this film to support a fellow Portal lover, he has done so. Mission accomplished!