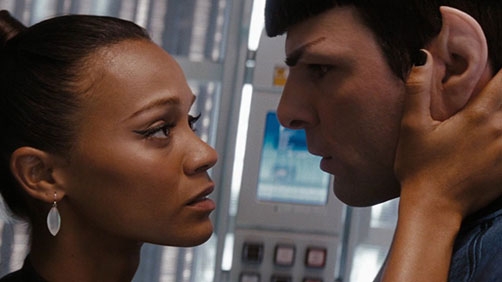 Another video interview with Star Trek Into Darkness stars Chris Pine, Zoe Saldana and Zachary Quinto has emerged, this time they talk romance, secrecy and why Kirk has to earn the captain’s chair in the upcoming sequel. Pine also says that he felt more pressure in the sequel, than the first time he took on the role of Kirk. Watch it below.

The romance between Spock and Uhura is one of the more eyebrow raising things in JJ’s new incarnatino of Trek. I’m not entirely certain I’m on board with it, but we’ll see what happens.