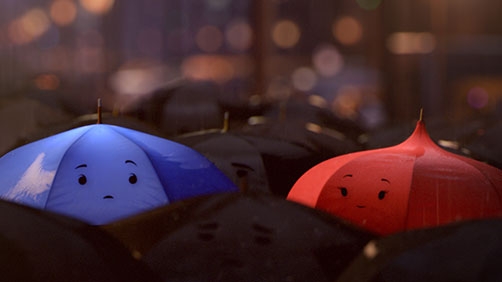 As always, coming up with the release of Monsters University, Pixar will have a new short film to show us before the main feature. This one will be called The Blue Umbrella, and features a very photorealistic look that we’ve never seen from Pixar before. And The Wall Street Journal has a short clip from the upcoming short film.

Pixar’s shorts are always amazing and I’m sure no matter what look they go for, cartoon or photorealistic, it will be really good.

34 seconds and still a better love story than﻿ Twilight.

I thought I would die of laughter. Here’s the clip.