This Isn’t the Response You’re Looking For 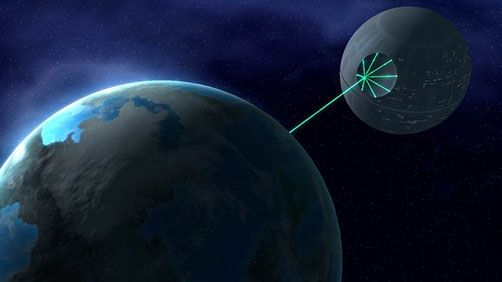 The Administration shares your desire for job creation and a strong national defense, but a Death Star isn’t on the horizon.

I may not like the current administration one little bit. Not at all. But someone over there should win an award for this.

You see, some idiots thought it would be fun to start a petition to get our government to construct a Death Star. Only it garnered enough signatures to warrant a response. This is that response. It was crafted by a nerd, or with the help of one. If you read it there can be no doubt.

This is pure, unadulterated fun. Consider:

However, look carefully (here’s how) and you’ll notice something already floating in the sky—that’s no Moon, it’s a Space Station! Yes, we already have a giant, football field-sized International Space Station in orbit around the Earth that’s helping us learn how humans can live and thrive in space for long durations.

Seriously, do yourself a favor and go read this. You need the laugh!