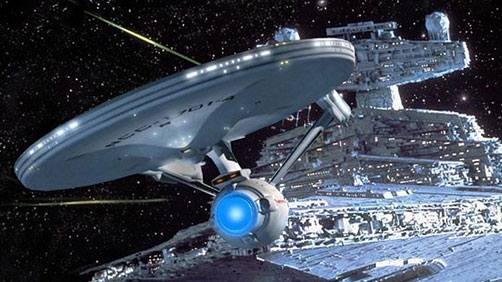 Twitter kind of exploded with the news yesterday. And when I say “kind of” I mean every single person I follow was talking about it. Well maybe no everyone but it sure seemed like it.

Here is a collection of some of the tweets in the aftermath.

Hey, everybody.What did I miss?

“@mpmonroe88: @boborci what does JJ directing SW mean for ST3?” Honestly… No clue.

JJ Abrams will direct the new Star Wars movie. If he doesn’t want to be force choked, he better not screw it up.

The Death Star blows up a planet… The Genesis Device brings it back. :-) JJ Abrams Cross-Over! Why not?

Comic-Con announced today it will be moving from San Diego to JJ Abrams’s backyard.

As long as JJ Abrams avoids Severe Blunt Force Trauma to the Head, these new Star Wars Films will be WAY better than the last ones.

Don’t be too proud of these JJ Abrams jokes you’ve constructed. The ability to destroy a man is insignificant next to the power of the Force

I hope Abrams and Arndt add a bounty hunter character called Len Sflare. Just to piss off the nerds.

The Flare is strong with this one.

No Sam Raimi or David Lynch on Star Wars? No deal.