Box Office Report as of Feb 19 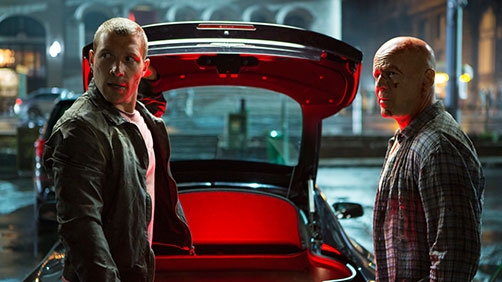 Welcome to the world of the new blockbuster. Would Hollywood studios learn to make good movies, or make smarter fiscal decisions first? Given that we’re looking at “A Good Day To Die Hard” ruling over the box office, the latter is true, with the fifth installment in the action series winning a very close horse race on this Presidents’ Day weekend. The fact that this opening is significantly smaller than the one for “Live Free Or Die Hard” and that the picture is assuredly the worst in the series turns out to be irrelevant.

It’s a sad tale, but someone has to tell it. Yes a horrible film such as A Good Day to Die Hard is ruling the box office. How sad is that?

Showcasing a muscular hold was last week’s number one “Identity Thief.” It scored the still-biggest bow of the year even with the Northeast overcome with a snowstorm, so some audiences were responding to their first opportunity to see the laffer. A soft fall for the film keeps it in play to return to the top spot should “Die Hard” falter, which is nothing if not an accomplishment. “Identity Thief” is now 2013’s biggest film thus far, and could finish well over $100 million, a tidy sum for a film that reportedly cost in the neighborhood of $35 million in spray tan, hair curlers and the rights to a sea of terrible pop tunes.

Oh sorry, that was just me sighing. This time of year in cinema is so depressing.