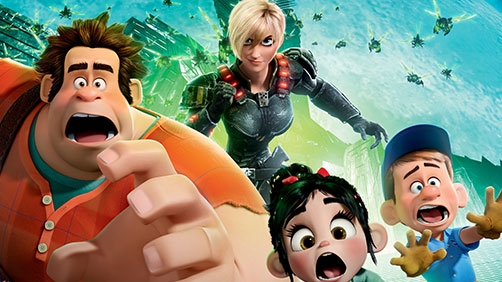 Our discovery of the Wreck-It Ralph sequel idea being kicked around was unintentionally discovered at first. We had wanted to ask Moore specifically about Ralph’s world and if other Fix It Felix, Jr. arcade games have Ralphs who’s personalities are the same as the character in the movie.

“That is so funny that you ask that,” Moore said with a laugh, “because I was just talking to John C. Reilly [the voice of Ralph] and we were talking about exactly that. Are there other Ralphs? What would happen if another Fix It Felix, Jr. game was plugged in? Are there other Ralphs that are more contemporary? Is there another version of the game that was made for mobile? Are there those kind of Super Smash Brothers types games where all the characters are gathered in a fighting game? What would that be like for Ralph to come face to face with those different iterations of himself? And it’s created some really cool conversations, so I think that that is so funny you bring up because it’s something we’re playing around with right now.”

Interesting idea. Not surprising of course, Toy Story 2 went this direction as well and it worked great. I am excited to see what happens in a Wreck-it Ralph sequel.