Should they Reboot ‘Die Hard’? 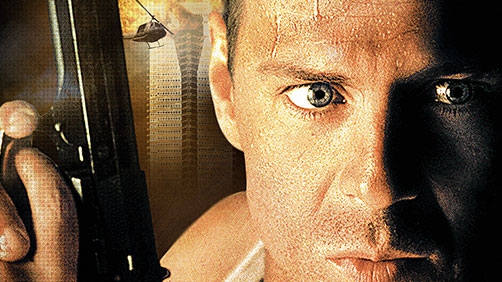 Short answer: No. “A Good Day to Die Hard” was so dispiriting that it might be better for us to all simply move on with our lives. “A Good Day to Die Hard” was like that crazy uncle you’ve always loved: He gave you $50 for your birthday every year when you were growing up, and then yesterday he appeared out of the blue with a teenaged bride, talking only in Pig Latin. In other words, the unexpected and tonally unfamiliar fifth iteration of the iconic action franchise was completely inexplicable given the affection everyone once had for the series as a whole. Of course, “A Good Day to Die Hard” is proof enough that Hollywood is seldom compelled by logic, and so the matter of a “Die Hard” reboot is probably more a matter of when rather then if. Reconciling myself to the inevitable, I suggest that the inevitable restart should commence with the following ideas:

Unfortunately, speaking of “the inevitable” I can already see the eyes of the studio morons filled with dollar signs and lack of good sense. There certainly will be a “reboot” of Die Hard at some point. I just hope it’s not in my lifetime. It had a good run, produced 4 good films (in my opinion, Laremy Legel, author of the linked article does not share my opninion), now let it go. Hollywood will never do that though. Too bad really.

And about this part of the linked article:

We’ve seen all of our worst fears about the action genre realized this winter. Arnold Schwarzenegger, Sly Stallone, Liam Neeson, and Bruce Willis all got old on us. Like, really old. And though everyone is living and staying fit longer, we’ve come to the conclusion that watching 55-year-old fellas run around and grunt gruff lines isn’t fun anymore.