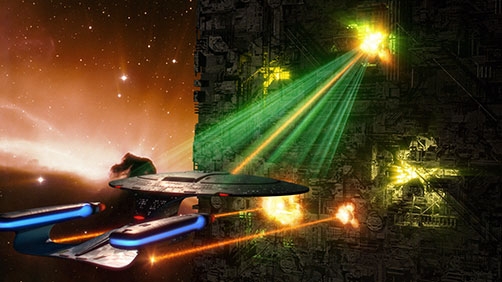 April is going to be a big month for Star Trek on Blu-ray. First up is season three of Star Trek: The Next Generation coming on April 30th, along with a special stand-alone release of the two-part episode “Best of Both Worlds” on the same day. In addition on the same day Paramount is releasing a number of Star Trek feature films that were previously only available in box sets. And finally “Best of Both Worlds” is also getting a theatrical release.

I can’t get tickets yet in Nashville for the the theater event, but I’m keeping my eyes peeled. And I’m excited for Season 3. It is one of TNG’s best seasons by far. Maybe even one of all of Star Trek’s best seasons!