‘The Host’ - The Seeker (and other) Featurettes 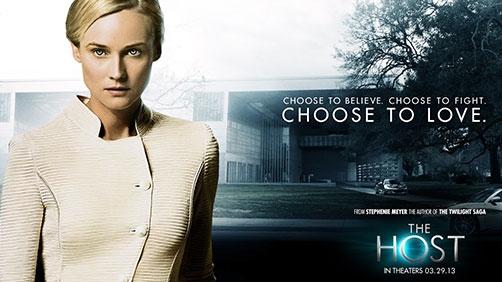 The marketing for the upcoming film based on the Stephanie Meyer novel, The Host, is starting to pick up some marketing steam. No doubt there will be a lot of built in fans of the The Twilight Saga that will automatically ensure this film’s initial success at the box office, but I also have to admit it does look intriguing.

Recently, the marketing machine has been releasing character featurettes of the various characters in the film. Here’s the latest one, as well as two previous featurettes below. The Host comes to theaters on March 29.