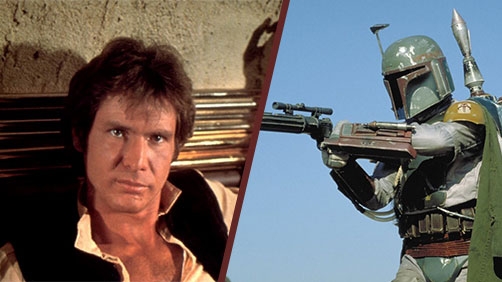 Yesterday, The Walt Disney Co. unveiled plans to make a number of spin-off movies set a long time ago in a galaxy far, far away — in addition to the post-Return of the Jedi trilogy that had already been announced.

Entertainment Weekly has learned details on two of the spin-off projects: A young Han Solo saga, focusing on the wisecracking smuggler’s origin story, and a bounty hunter adventure with Boba Fett at the center of a rogue’s gallery of galactic scum.

There’s a lot more in the linked article if you can bear to read it.