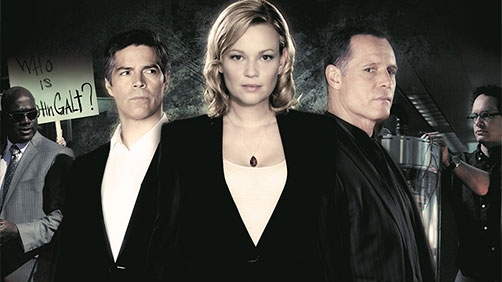 It’s been officially announced that “Atlas Shrugged Part 3” will be written by Duncan Scott (who helmed part two, and edited and produced Rand’s film “We The Living”) and Brian O’Toole, and open in 150 markets in summer 2014. Thus far, parts one and two cost between $10-20 million to make each, but only collectively brought in $8 million at the box office, though apparently home video has shown the movie has some life.

Who is John Galt anyway? And I wonder if they are going to entirely recast this film like they did the last one. It’s extremely off-putting. I didn’t mind the cast of the previous film and I would like to seem them stick with it.