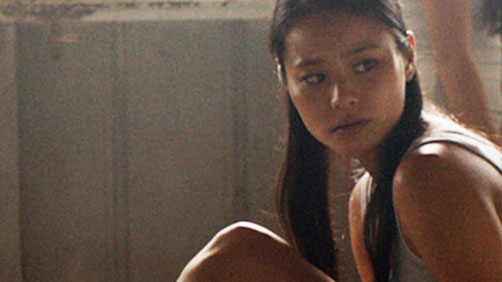 I’ve been trying to figure out whether to post this or not. Sex trafficking is a big deal and needs to be dealt with and stopped. I’m behind that. But I’m not convinced a dramatic re-telling based on this true life story it is quite the right thing. Maybe a documentary would be more appropriate. On the other hand, I have no qualms with dramatic retellings of other horrendous things, and even think it a good thing (see my review of Downfall).

Perhaps I am balking at what I think may be the further exploitation of sex and young girls for the profit of the entertainment industry, under the guise of bringing seriousness and gravity and awareness to the situation. It’s about sex trafficking and it’s rated R so it’s bound to have some sex in it, right?

It’s also going to be a limited release so I don’t know when it would be available for me to see, if I even decide to see it.

In any event, the synopsis and trailer are below. I would be glad to entertain constructive and thoughtful conversation in the comments below.

Eden, a young Korean-American girl, is abducted near her home and forced into prostitution by a domestic human and drug trafficking ring. Throughout the two years she is held, Eden reluctantly ensures her own survival by carving out power and influence within the very organization that has imprisoned her. Inspired by a harrowing true story, EDEN peers into the darkest corners of America and attempts to discover the humanity within.