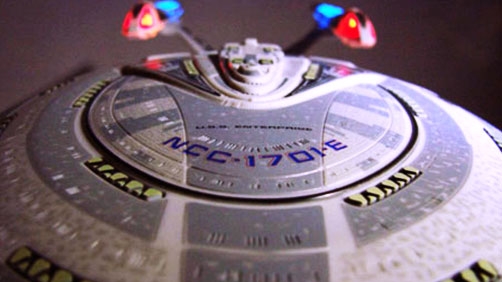 The U.S.S. Enterprise-E from Star Trek: Nemesis is flying high again thanks to Diamond Select Toys, which has just introduced a new version of the E with a fresh paint scheme that—more accurately than the original model—reflects the appearance of the ship as seen in the final TNG big-screen adventure. The new E also boasts additional lighting effects, most notably on the ship’s nacelles, which now light up (for the first time ever). Meanwhile, fans will still hear the same authentic sound effects and dialogue featuring Captain Picard.

I. WANT. THIS! The Enterprise E has always been my second favorite Big E design (my favorite is still the Constitution Class refit from the Original Series film era). I want this on my shelf so much so I can look at it every day! I’m such a nerd.