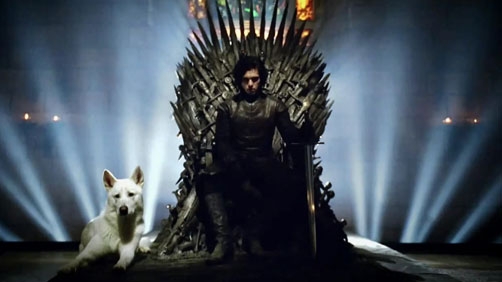 At the Perth Writer’s Festival this past weekend, Game of Thrones director David Petrarca downplayed the threat of piracy to the show’s success, saying that illegal downloads don’t matter since shows thrive on “cultural buzz.” As The Sydney Morning Herald reports, Petrarca shrugged when a panel mediator noted that Game of Thrones was the most pirated show of 2012; the show was downloaded about 3.9 million times per episode, which was more than a million downloads per episode more than the second-most pirated show How I Met Your Mother. “That’s how they survive,” he said.

On the one hand it’s like, “Ahh, he gets it.” But then he goes on to tout the premium cable model and I’m like, no, he doesn’t get it.

At the same time, I appreciate it that he gets that piracy is not the big deal most think it is. No, you should not pirate TV shows and movies. But not every instance of piracy indicates a lost sale. In fact, many pirates pirate things because they can. They would not buy, not ever. Yes, some piracy is a lost sale, but I would say as much as 75% of piracy is not a lost sale, but pirates being pirates (and I think my estimate is generous, I think the amount of people who would pay if they couldn’t pirate is actually much lower).

What I really don’t get with these sorts of people is that they don’t make their content more available in a monetized format. They could make it available on iTunes and get money from the sale, they could make it available on Hulu and get money from the ads, etc. There are lots of ways to discourage piracy and monetize the content, why wouldn’t you do that? You will NEVER eleminate piracy as long as there are computers and digital video, but you can encourage people to pay by making it easy to do so.