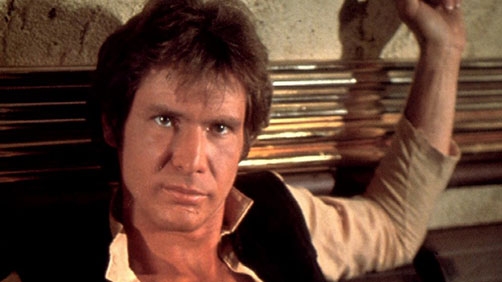 Another day, another semi-confirmation of a Star Wars return for an actor

from the original trilogy.  Despite Joss Whedon’s thoughts on the matter, it seems inevitable now that Mark Hamill, Carrie Fisher, and Harrison Ford will be reprising their roles from the original Star Wars trilogy in the J.J. Abrams-helmed Episode VII.  Hamill previously said the trio was in talks, Fisher has outright confirmed that she’ll be back, and George Lucas said it’s pretty much a done deal.  Now you can add the final piece of the puzzle to the pile, as Harrison Ford has essentially confirmed that they’ll all be back saying, “I think it’s happening.”

Do I need to bother even posting these anymore? Who doesn’t think all three are coming back? And I’m glad in this particular case that Joss isn’t doing it given the way he feels. I think we need a send off from the original cast.