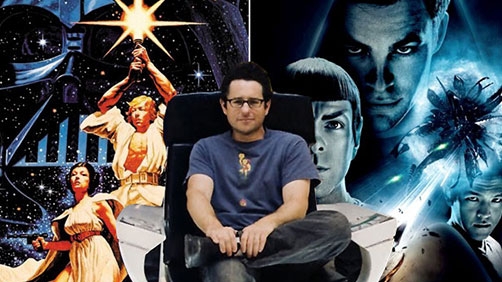 Mention the name JJ Abrams and there’s one question that immediately barges all others aside: what’s the plan for Episode VII? While he was able to approach Star Trek with a detached objectivity, how will he, as a huge Star Wars fan approach Star Wars’ bold new era? Empire put that question to the man himself when we recently sat down with him at his Bad Robot offices in LA.

“I don’t know because we’re just getting started. So it’s a great question that I hope I’ll have a good answer to when I know what the answer is. There are infinitely more questions than answers right now, but to me, they’re not that dissimilar. Though I came at these both from very different places, where they both meet is a place of ‘Ooh, that’s really exciting.’ And even though I was never a Star Trek fan, I felt like there was a version of it that would make me excited, that I would think ‘that’s cool, that feels right, I actually would want to see that.

I don’t know, I just don’t know. Sometimes I’m excited for the Star Wars universe as I sometimes was and still am with the him at the helm of the Star Trek universe. At the same time I read stuff like that, and him saying he was not a Star Trek fan but there was a “version” of it that he could do and would actually want to see and I start getting very angry. Why in the name of sanity was he at the helm of a franchise that he had to almost destroy to get it to be something he would want to see? Why have all the keepers of the sacred Star Trek flame of late been so stupid?

And so with that in mind I ask myself, is this the guy I want helming Star Wars?

At the same time he did revive Star Trek and I’m not completely displeased with it so maybe the Star Wars thing will work out. I just don’t know.