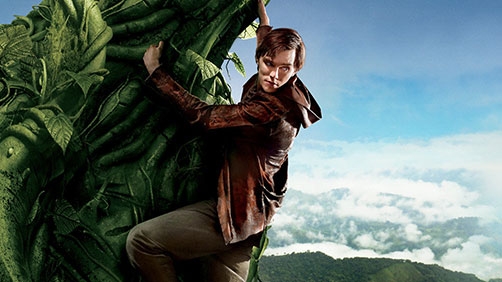 This is unfortunately getting to be a thing with Bryan Singer. I love his films, the world hates them. Well to be fair, most folks love the first two X-Men films. And then really the film that brought him down a peg is the one he turned down X-Men: The Last Stand to do: Superman Returns. But for whatever reason, folks are hating on Singer’s latest film, Jack the Giant Slayer and I do not think it is warranted.

Jack the What Now?

I think everyone knows the familiar story of Jack and the Beanstalk, Jack and his mother are poor, their cow stops giving milk, Jack accepts magic beans in payment for the cow, mother is mad and throws them out the window, beanstalk, climb, bring down treasure, kill giant.

Less familiar is the tail of Jack the Giant Killer (this film used to be called Jack the Giant Killer actually). This involved Jack killing giants in the days of King Arthur, luring a giant to his death, beheading another and so forth. This tail is obviously less well known and certainly less fun and compelling (to me).

Jack the Giant Slayer is sort of a blending of the two, and a spinning of it’s own story and mythos from there. Really just drawing inspiration from both and crafting a new, in many ways original (as far as I know) story. Instead of living with his poor mother, Jack lives with his poor uncle. Instead of a cow, he goes to sell a horse. And it is a monk who gives him the magic beans. The monk is trying to keep the beans out of the hands of the idiot who wants to use them to go fetch the giants as his personal slave so he can rule the kingdom.

As it happens, she’s trying to run away from the king later that night and is taking shelter from the storm in Jack’s house when the beanstalk sprouts and takes the house up with it. And she’s in the house. Now she needs rescuing.

Twist in the Plot Stalk I relished every moment of the time Stanley Tucci was on the screen. He was completely over the top, but only in the way Tucci can be. He was one of those villains that, while yes, one dimensional, is absolutely delightful. He comes into play early and it’s obvious he has a devious plan involving beanstalks and giants, killing the king and ruling with an iron fist. It was going to be awesome watching Tucci chew the scenery.

But then Roderick was killed suddenly in the middle of the film. What was more concerning is he basically died at the hands of the giants while [SPOILER ALERT] wearing the plot device that is supposed to make the giants behave. So not only was Tucci killed off too early to be any fun or to pay off well in any way, but it made no logical sense that he should do so. As much as I enjoy Bill Nighy’s great villainous accent (do you fear death?), he didn’t work great taking over the main villain spot here in this film. It’s really too bad for what was an otherwise pretty great film.

While I was happy with some character development in this film, there were a couple of characters that felt woefully underdeveloped. Take for instance Jack’s uncle. We never really figure out why he had such malice for Jack, what went on between the first scene with Jack and his dad, and the next scene with Jack and his uncle, with daddy apparently now dead. He appears, berates Jack, disappears, and is only seen on screen one more time. It seems like he would have been a big influence in Jack’s life and we should have known more about him.

The king too seems somewhat underdeveloped and understated. Played by the great Ian McShane, he’s another one that is awesome onscreen. But his lines seem a bit underdeveloped and poorly written or thought through. As a result at some times he seems a bit uncaring and one dimensional. At other times, yes his emotions come through — it was a moving scene when he begins chopping down the bean stalk before his daughter and men have come down — but then there are scenes such as his reunion with his daughter where after a half hearted reunion he simply says something like, “come my daughter, it is time to go.” Yeah, that’s the way I would be behaving and talking had my daughter just barely been rescued from what certainly would have been death. And let’s not forget that not only did she almost die, but she almost died at the hands of giants. The king should be beside himself with joy and relief, as a good daddy.

On the other hand you have characters like Elmont (played by Ewan McGregor) that more than make up for the underdeveloped characters. He stole the show, and I don’t mean that in a bad way. I have often said that one of the only redeeming qualities or aspects of the Star Wars prequels is Ewan McGregor, and this film ably demonstrates why that is.

Jack: Am I dead?
Elmont: Not just yet…

It is really great to see a supporting hero in a story. One of the things I loathe is how often heroes are written to stand alone and are surrounded by imbeciles. Such is not the case here. Elmont is smart and heroic and very likable. This does not take one thing away from our primary protagonist in this film, but enhances it.

“Stalking” Around (Yes, I’m going to keep up the bad puns)

The giants are wonderfully grotesque sorts of creatures, picking their noses, growing two heads, warts, pimples, and generally being dirty, low life, low brained scoundrels. Truth be told it was sort of fun. And though CGI just hasn’t gotten to the point yet where they always looked completely real, I was drawn into the story so much that I didn’t much notice it. For right now, that is the real trick. Unless the CGI is just absolutely terrible, if you notice the CGI too much, it’s probably a bad and un-engaging story more than anything. Such is not the case here and I have to say that some of the things they did with the giants and other CGI and effects is just flat out incredible.

The Stalk is Well Pruned

Of all the things I enjoyed in this film, the editing is at the top of the list. As a film editor I notice such things I suppose but I can’t help it. The cuts in this film are sassy and well throughout through. A great demonstration of how well the film is edited happens right away in the prologue of the film where Jack’s dad and the princess’s mother are reading the same story to their children. The intercutting and downright sassy cuts are a wonder to behold.

And indeed the well put togetherness of this film extends to many other aspects such as the writing and dialogue (other than what I mentioned with the king). In many cases it is top shelf in my opinion. And even though I knew this about Bryan Singer from his first two X-men films, it was still refreshing to watch what is ostensibly an action film, that is not all action driven. The film takes its time to establish things, to tell a good story. We’re not always going in with guns (or swords) blazing. Indeed, some have complained about how slow the film moved and long it took to actually get to the beanstalk part. You will hear no such complaining from me. I really enjoy a well crafted film and this one is pretty far up there for me.

The Root of the Matter Jack the Giant Slayer is a severly underrated film that I highly recomend despite a couple of its flaws and shortcomings. It is a well crafted story, a well put together film with a great plot, engagine characters, enjoyable action, and a great fantasy behind it. This is the first Jack and the Beanstalk story I have ever really liked. Go for the fun, stay for the story.