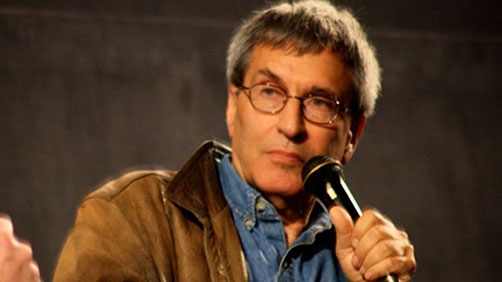 J.J. Abrams‘ first Star Trek movie was released in 2009 and it’s taken four years to get its sequel, Star Trek Into Darkness, into theaters. With the director now moving on to Star Wars Episode VII, many have questioned will happen with the Trek franchise. Producer Bryan Burk has provided a possible answer.

Bryan Burk: We’re definitely talking about the next one, but we haven’t talked about a release date. We don’t want to wait four years, the same amount of time between the last one and this one, but it’s going to be a big year to celebrate, hopefully.

Hey, I have an idea, and maybe it’s crazy, but maybe not. Here it is. Nick Meyer’s two Star Trek films were the best two films the franchise has seen to date. And his writing on the fourth Trek film wasn’t too shabby. Plus he pretty much did for Trek what Abrams has done, rescue a dead franchise, reinvent it, give it fresh life. Star Trek was dead when he did Star Trek II because Robert Wise had murdered Trek with his first — and quite terrible — Star Trek film. Most don’t remember now because it was such a success, but the hardest of the hardcore fans hated Star Trek II at first, too militaristic, Meyer doesn’t know what he’s doing, he doesn’t have the right vision for Trek etc. Well, it worked well. And whether we like it or not, Abrams Trek is working well.

So my point is, let’s get him back to tell a story in this new universe since Abrams will be unavailable with Star Wars. Abrams could still produce, Meyer could write and direct. Sounds like the real deal, am I right Trek fans?