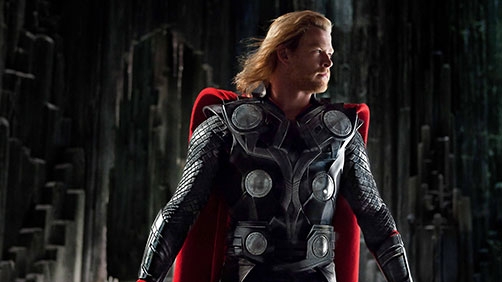 However, what is really interesting about this Spanish promotional poster is the tagline at the bottom. The text at the bottom translates to say, “Also enjoy an exclusive preview of Thor The Dark World.” Since Iron Man 3 opens in some countries as early as April 26, 2013, it means fans will definitely see a Thor The Dark World trailer in April.

In the United States, Iron Man 3 doesn’t opens until May 3, 2013, so it might be May before U.S. fans get to see the Thor The Dark World trailer. However, it’s also possible that Disney might decide to release it early online like they did with the latest Iron Man 3 trailer.

Anyone else excited for Marvel Phase 2 to get ramped up? Let’s go!