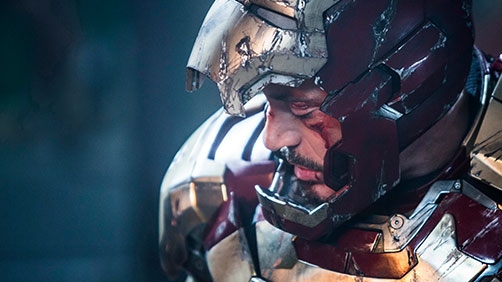 “Why wouldn’t Tony Stark just call The Avengers if he’s having a problem in Iron Man 3?” It’s a questions fans have been asking for months in anticipation of the first film of Marvel Phase 2, out May 3rd.

It’s a good question, and it’s sort of half and half. I am betting that like the comics you don’t have to keep – if you are reading a standalone “Iron Man” comic, they don’t spend every page explaining where every other Marvel hero is. The audience kind of accepts that there are times when they’re on their own and there are times when they are together. I’m betting that movie audiences will feel the same way. That being said, there is a little bit of lip service here and there to that. There is also just the very nature of Tony wants to, once he barely survives that house attack you saw today, and even you saw it in the message he left for Pepper, he’s basically saying “I’m going off the grid to try to figure something out.”

Yeah, I mean, even if there isn’t a good explanation, you have to assume they can’t always come together to save the world, they may be saving their own little corner of it at that time.