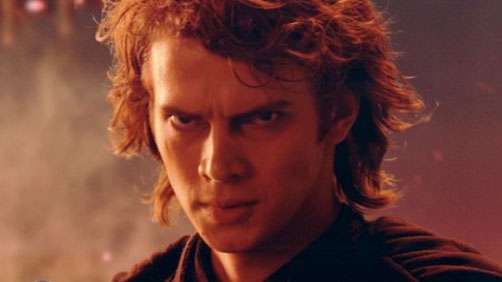 The very end of the super-duper 2004 special edition of Return of the Jedi finds Luke gazing out to see Obi-Wan smiling, Yoda smiling, Anakin smiling,and the audience freaking out. Instead of Sebastian Shaw as an old Anakin, Hayden Christensen suddenly shimmered into view, smirking awkwardly, complete with his big Jedi mullet. And the haters began to hate. But, now with Episode VII in full development, complete with casting calls, there’s paradoxically one person I don’t think they can leave out, and that person is Hayden Christensen! Here’s why the ghost of Hayden must return!

If all the actors from the classic trilogy are reprising their roles, the giant space elephant in the room is how old everyone has gotten. Let’s get real, the focus of these new films will doubtlessly be on new characters, but it would be nice to have some existing Star Wars characters in there too, particularly ones who don’t look super old. Luckily, you don’t have to do any Tron: Legacy de-aging CG action on Hayden. He looks good! How satisfying would it be to see an older Mark Hamill as Luke, talking to the ghost of his father via the Force? Putting Hayden in the context of being the wiser Jedi and making him act with Mark Hamill would force him to up his game.

Still, I do agree with one of the points Ryan makes, which is that Hayden Christensen is very far from the reason the prequels are not good films.